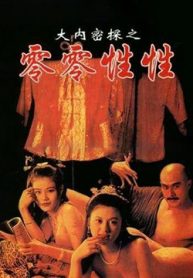 Jean meets former school friend Ivy by chance at a disco. Ivy says she was kicked out of school for flirting, and proves this by making a concerted pass at Stephen, Jean’s businessman father much to the disgust of his live-in girlfriend Judy. The affair starts off with a spark but slowly fizzles and the relationship between two girlfriends is put to the test with this relationship. They get along well for awhile, but generation gap and Stephen’s lack of interest in sex which Judy amply demonstrated in her opening scene cause Ivy to lose interest. She is picked up by bikie Michael and moves in with him the same night. For a time Ivy attempts to sort out her feelings of Michael and his friends Teddy and Ying Ying for each other. She eventually returns to Stephen.

Lust for Love of a Chinese Courtesan