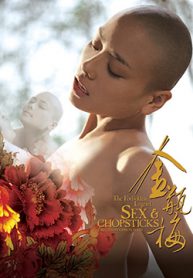 The Forbidden Legend: Sex & Chopsticks Average 4 / 5 out of 2

The Forbidden Legend: Sex & Chopsticks is a Hong Kong movie released in 2008. The film is directed by Chin Man-Kei. Based on the classic Chinese novel “Jin Ping Mei,” written during the Ming Dynasty. The novel itself is the first full length Chinese fictional work to depict sexuality in explicit manner. The movie (as well as novel) takes place during 1111-1127 and centers around Ximen Quing, a corrupt social climber and lustful merchant who is wealthy enough to marry a consort of wives and concubines.

Raped By An Angel 1

Raped by an Angel 3: Sexual Fantasy of the Chief Executive

Raped by an Angel 5: Advertising Temptations