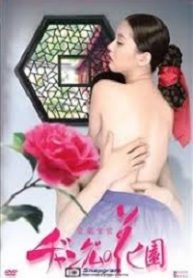 Lady Jang-geum (fl. early 16th century) was reputedly the first female Royal Physician in Korean history. She was mentioned 10 times in the Annals of the Joseon Dynasty. It is known that King Jungjong was pleased with Jang-geum’s medical knowledge and trusted her with taking care of the royal family. Henceforth, Jang-geum became the third highest-ranking officer in the Court, and was granted the use of Dae (Korean: 대; Hanja: 大; RR: Dae; MR: Tae) (which means “great” in Korean) before her first name.